An ad hoc network is based on a distributed coordination function (DCF) to transmit data packets through channel contentions. In DCF, when the number of stations increases, performance degrades considerably because of extremely high collision probability. To improve performance, a distributed point coordination function (DPCF) protocol was proposed. In this protocol, stations operate as in DCF to obtain channel access rights. When a station obtains access rights, it polls all neighboring stations by using point coordination function (PCF). The polled stations then transmit their data packets without channel contentions. However, this protocol aggravates the issue of hidden terminals and causes channel wastage. To solve these problems, we propose a protocol in which a station polls stations in limited areas as opposed to every station in its transmission range. In addition, it polls only stations with data packets. The proposed protocol lowers the probability of collision and improves network performance 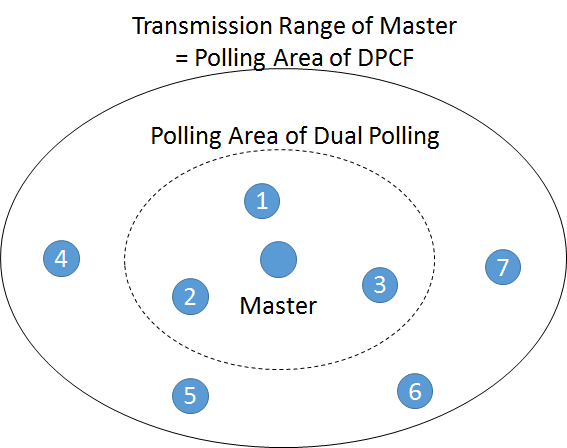